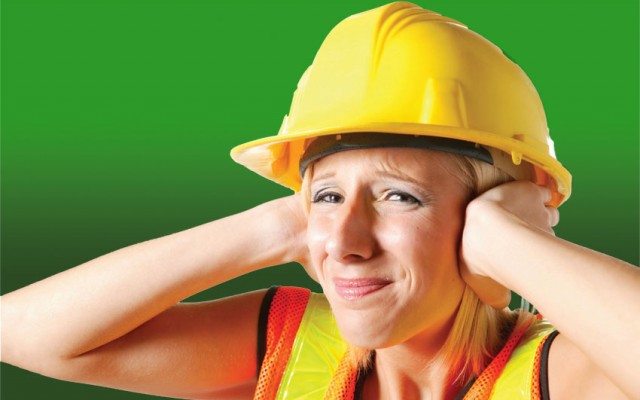 How to measure the perception of sound of a human ear

The ear of a mature person in healthy condition correctly perceives frequencies in the range between 50 and 16,000 Hz, with a peak sensitivity from 1 kHz to 5 kHz: the sensitivity decreases rapidly at low and high frequencies (see Figure 1).

Since the instrumental chain used for noise measurement (microphone, pre-amplifier and sound level meter) has a nearly flat response at various frequencies, to measure with a good accuracy what the human ear perceives you must use filters correcting the instrument readings: it is the so-called scale “A” weighting scale, defined by standards IEC 60651, IEC 60804, IEC 61672 and ANSI’s 1.4.

The weighting scale “C”, which interprets this different sensitivity, is also included on all sound level meters and must be used to measure peak levels and for reviewing the adequacy of ear protectors for use in noisy environments.

All human activities imply exposure to a variety of different noise sources, widely variable in frequency and intensity. Both the exposure for a very long time and without adequate rest intervals at levels exceeding a certain threshold (typically between 75 and 85 dBA, according to individual sensitivity), and the exposure to a high instantaneous noise (e.g. explosion, gun shot) can cause permanent damage to hearing. For this reason all industrialized countries have laws specifically limiting the occupational noise exposure in terms of:

Figure 3 shows the physical meaning of the resonant Peak Level (Peak) and the weighted equivalent (or RMS).