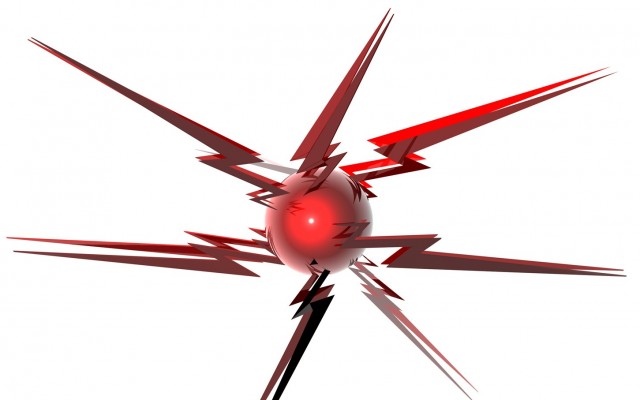 Both population and workers are exposed to the electromagnetic fields released by a wide range of sources using the electrical power: these fields, whose intensity varies over time, occupy the low-frequency spectrum (i.e. 0 to 300 GHz) which extends from static fields to infrared radiations: since the ionization of the medium affected by the waves (normally the atmosphere) is negligible, the low-frequencies radiations are called “Non-Ionizing Radiation” or NIR.

Contrary to ionizing radiations, for which the contribution of natural sources represents the highest portion of the exposure affecting the population, the NIR sources of man-made electromagnetic fields tend to prevail over natural sources: in some areas of the frequency spectrum, such as those used for the distribution of electricity or for broadcasting, man-made electromagnetic fields are many thousands times higher than those from sunlight or the Earth.

The main cause are the increased consumption of electricity and the development of telecommunication systems: among the main sources of electromagnetic fields there are power generation, transmission, distribution and use of electricity at 50 Hz, railway traction, public transport and telecommunication systems (including radio and television transmitters, cellular radio towers for mobile phones, etc. all operating at frequencies above 1 MHz).

Al these sources cause a diffuse exposure whose amount depends not only on the field’s strength, but also by the distance from the source (the strength quickly drops with distance).

It should be pointed out first of all that:

The assessment of possible health risks resulting from exposure to NIR is a complicated process due to the multidisciplinary nature of the matter, as evidenced by the large number of scientific publications available, very varied and in most cases non-exhaustive. For this reason, in addition to articles released by individual researchers or groups of specialists in a specific discipline, the considerations done by interdisciplinary committees are the key to  the problem, because of the different skills involved: epidemiological, medical, biological, physical and technological. Among others the study groups set up by the World Health Organization (WHO) and the International Commission on Non-Ionizing Radiation Protection (ICNIRP) have guided  governments to issue standards for occupational and general public risk control.

Analyzing the documents issued by these sources one can find a general agreement about the adverse effects, which include:

The electromagnetic field strength not be exceeded to avoid harmful effects on humans are defined based on the biometric parameters described above, that should not in any case exceed the “exposure limits”.

However a prevention strategy based solely on the verification of these values appears hardly passable due to the difficulties related to their measurement: in fact, the measures on humans would require invasive probes, while the measures on puppets or simulators are possible only in laboratories. Therefore, the large-scale monitoring relies on theoretical and experimental models relating the “exposure limit values” to radiometric units that characterize the environment in which the exposure occurs, easily detectable by rather inexpensive equipment available on the market, such as:

The regulations define for each of these units the so-called “action value”, i.e. if in a given workplace the values (read in the absence of humans that may distort the readings) do not exceed the “action values”, under no circumstances shall the exposure exceed the “exposure limit values” on which the preventive strategy is based. This approach is clearly stated in the “Whereas” of directive 2004/40/CE:

“(6) … A system of protection against electromagnetic fields should limit itself to a definition, free of excessive detail, of the objectives to be attained, the principles to be observed and the fundamental values to be applied, in order to enable Member States to apply the minimum requirements in an equivalent manner”.

Finally the definition of limit values do not include the “duration exposure” of the subject, unlike other physical hazards (e.g. noise, vibrations, ionizing radiation): the preventive strategy set is based, in fact, only on the absorbed dose and exceeding the threshold values, detected in the absence of people, is in itself sufficient to impose the need of prevention and protection measures.